Yin and Yang in balance 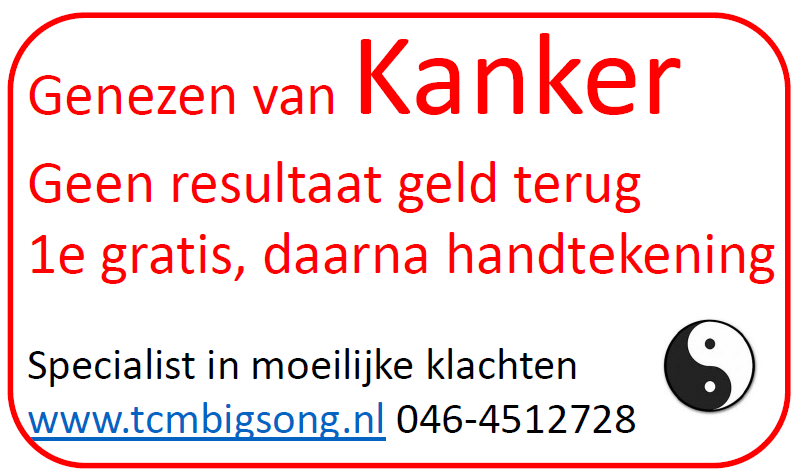 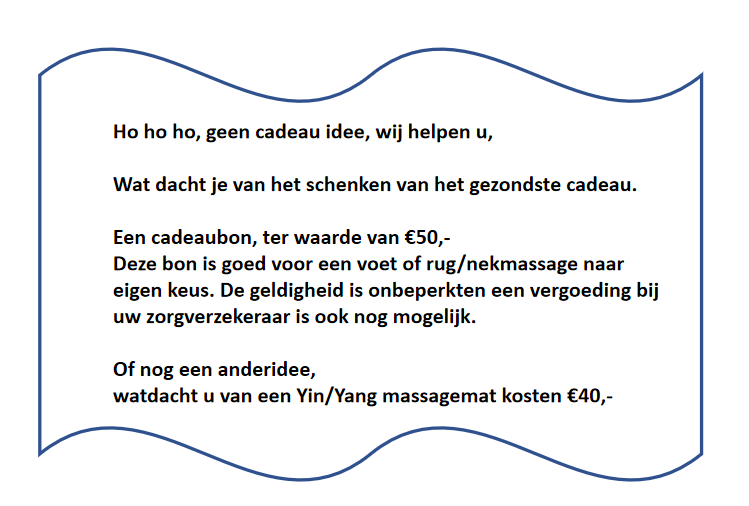 This is my thirty years of research and experience. The human body is originally balanced, but the patient's body is unbalanced. There is a raised meridian belt on one side of the back, which is particularly painful to press. This is a precursor to blood vessel blockage. No pain on the other side? Can't be found out by modern medical CT and laboratory tests? After many times of massage and other treatments, the painful meridians disappeared, the patient recovered, and the human body is in balance. There is no limit to learn, so I marked the patient's dysmenorrhea belt with a red line for your reference. And applied for a patent in Europe. 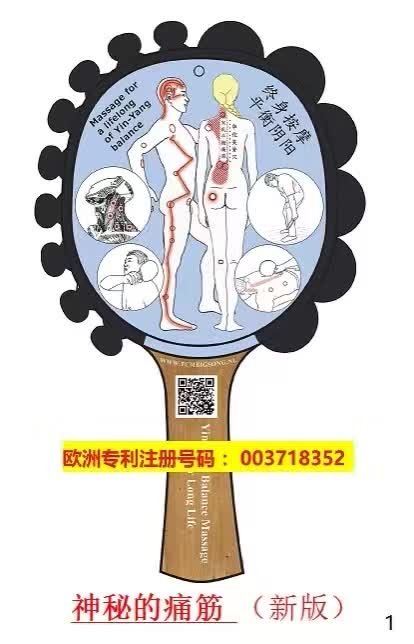 Cure diseases after taking the medicine 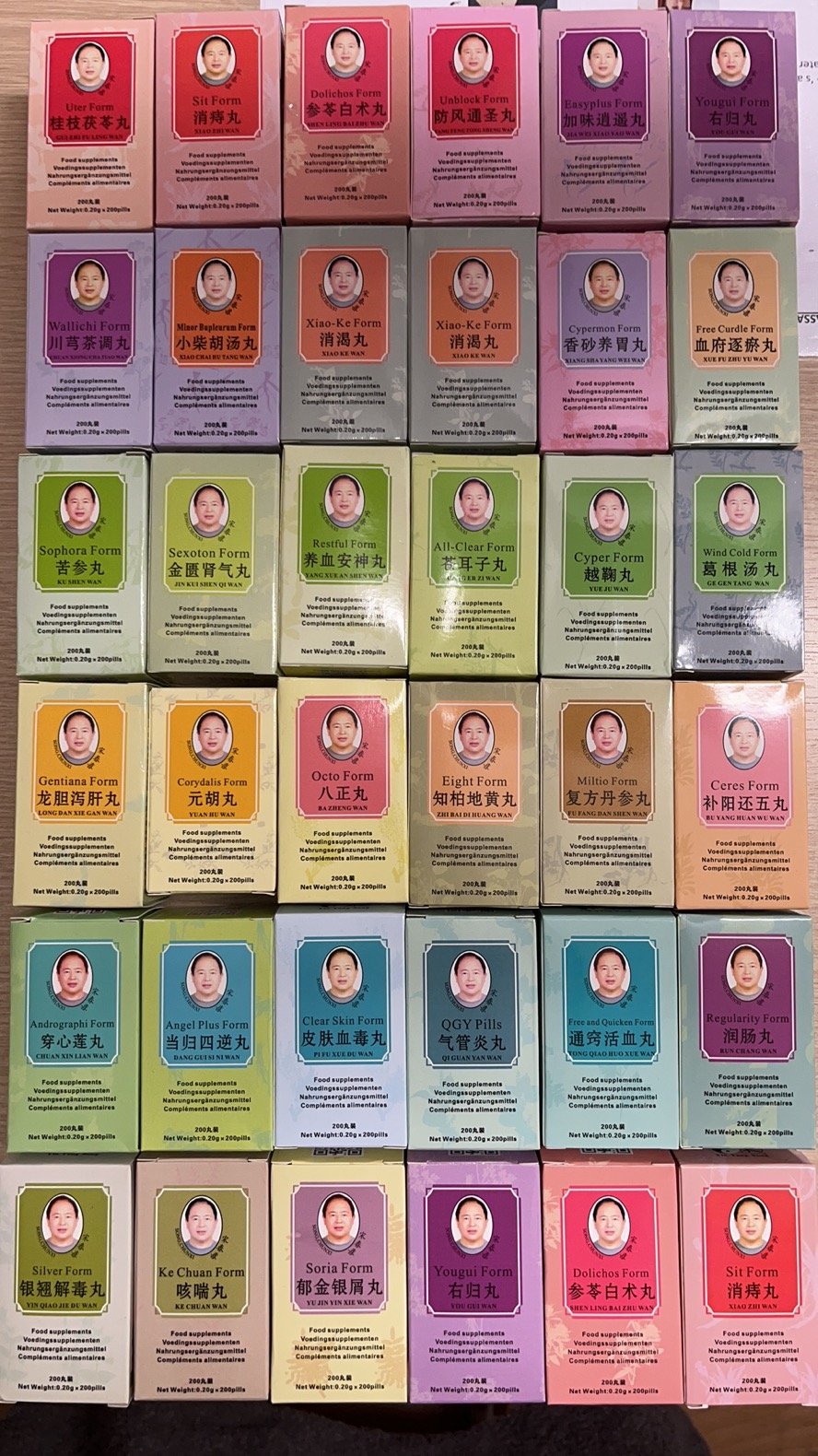 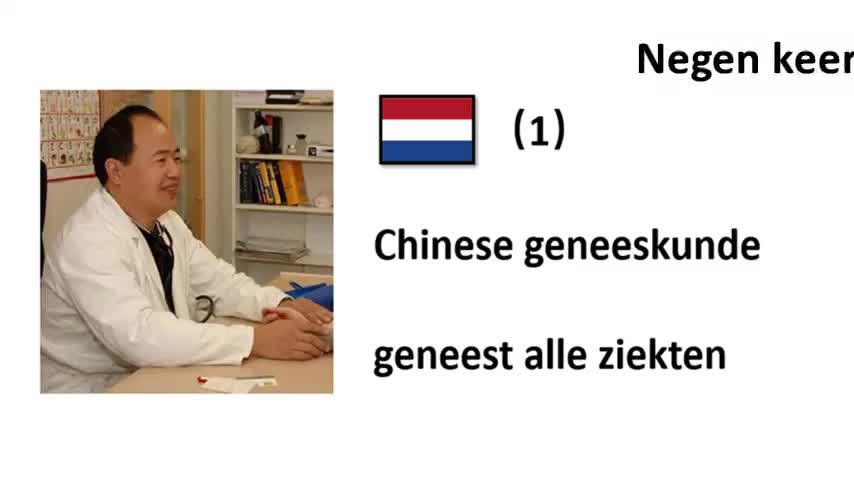 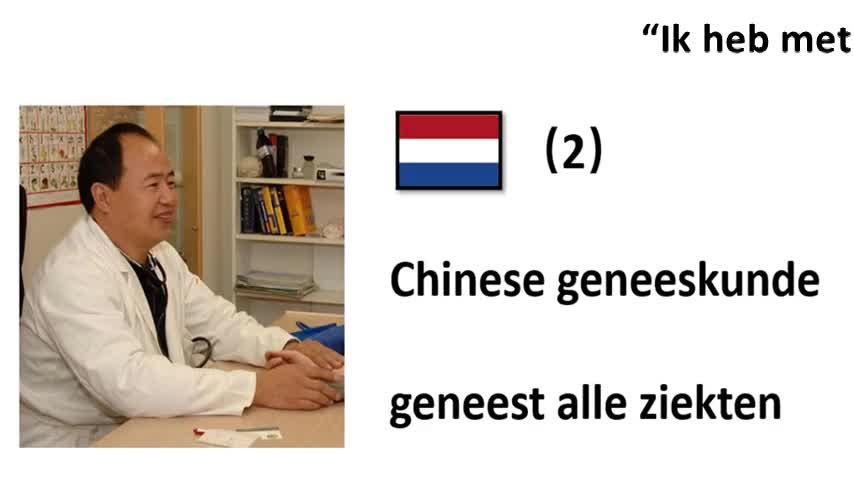 CERVICALE SPONDYLOSES IS NOT TO SCARE YOU 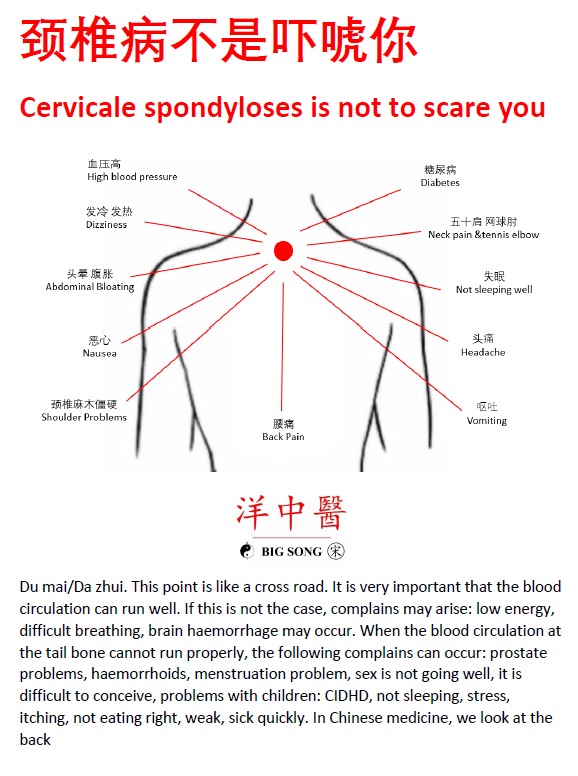 Notes about depression, cancer and covid-19

1. Depression can be cured, refund if no cure. Depression: It is a disease caused by emotional discomfort and stagnation of Qi. Mainly manifested as depression, emotional restlessness, flank pain or irritability and crying, foreign body obstruction in the throat, insomnia and other complex symptoms, neurasthenia, hysteria, mental depression and menopausal syndrome in modern medicine, etc. All can be treated according to the syndrome differentiation. Types: (1) Liver-qi obstruction, stagnation, sternocostal distention, sighing often, hiccups. (2) Obstruction of phlegm and qi, if there is something obstructed in the pharynx, chest tightness. (3) Hyperactivity of fire due to yin deficiency, dizziness, less sleepiness, upset and irritability, nocturnal emission and low back pain, etc.

2. Covid-19 can be cured, refund if no cure. New coronary pneumonia: It is a common exogenous disease with main clinical manifestations such as influenza, wind pathogens invading the human body, causing headache, nasal congestion and runny nose, sneezing, aversion to cold, and fever. They can happen in all four seasons, especially in winter and spring. Generally, mild cases are called colds, and severe cases are called severe colds, which are highly contagious diseases. Those who are called common colds and colds can refer to the syndrome differentiation and treatment of this disease. Classification: (1) Wind-cold type: severe aversion to cold, fever without sweating, headache and body pain, heavy nasal congestion, runny nose, cough with thin sputum. (2) Wind-heat type: Fever, slight aversion to wind, sore throat, dry mouth and thirst, cough with yellow phlegm. (3) Dampness type: more common in summer with colds, both severe dampness, irritability, thirst, short urine, chest tightness, dizziness and bloating. (4) Deficiency and cold: aversion to cold and fever, cough with white phlegm, fatigue and weakness, shortness of breath and lazy speech, thirst and dry throat.

***I am the first doctor in the world to propose that the Covid-19 is influenza. This disease has a lot to do with the climate. It has existed in the past, it exists now, and it may exist in the future. It is all treated according to stomach flu. As early as when Covid-19 broke out in Wuhan, I returned to China and made a suggestion, requesting treatment with traditional Chinese medicine, and then wrote to the Dutch Ministry of Health, saying that it was influenza and could be treated with traditional Chinese medicine. Two years later, it was confirmed by Europe and the United States. During this period I cured 50-60 patients.

3. Cancer can be cured, refund if no cure (first free treatment, and then contract treatment)Cancer: It is a common chronic, progressive, diffuse disease caused by liver and kidney weakness. Its pathological characteristics: extensive degeneration and necrosis of immune cells, diffuse proliferation of fibrous tissue, and the formation of regenerative nodules, which destroy the normal hepatic lobular structure and blood vessels, and cause the liver to gradually harden and become cancer. Clinically asymptomatic in the early stage In the later stage, various manifestations of visceral dysfunction, hypertension and multi-system disease may appear. Such as: lymphoma, uterine cancer, laryngeal cancer, colorectal cancer, stomach cancer, breast cancer, etc. can refer to this treatment.

4. For those who cannot be cured in the hospital for a long time, those who rely on western medicine to cure, we can cure them with the secret ancestral recipe.

Yesterday I saw her jumping around, talking and laughing, but today she is lying in the morgue of the hospital, and there is a lot of discussion among my patients. The patient's name is Sarah, now 65 years old, suffering from lymphoma. The treatment in major hospitals in the Netherlands failed. In the end, the doctor told her that she would not live for 20 days. She wanted her family to be prepared. The "Song's Balance Therapy" for cancer has a unique effect. I checked her. The left side is the solid pulse, and the right side is the virtual pulse. It is caused by the typical curvature of the cervical spine. I suggested that she stop taking western medicine and switch to traditional Chinese medicine for treatment. A miracle happened. Her condition improved greatly. After 5 weeks, she basically returned to normal. After that, she could go on vacation, ski, swim, and travel like a normal person. When the epidemic broke out, she still insisted on coming to me for treatment. Now, she has not been vaccinated or infected. Two years later, when she went for a re-examination, the doctor said that the cancer cells were still there, so she had to undergo surgery and chemotherapy. Unable to resist persuasion, after surgery and chemotherapy, she still insisted on taking Chinese and Western medicine at the same time, and passed away soon. I am very sad for it. The side effects of western medicine are far greater than that of traditional Chinese medicine. 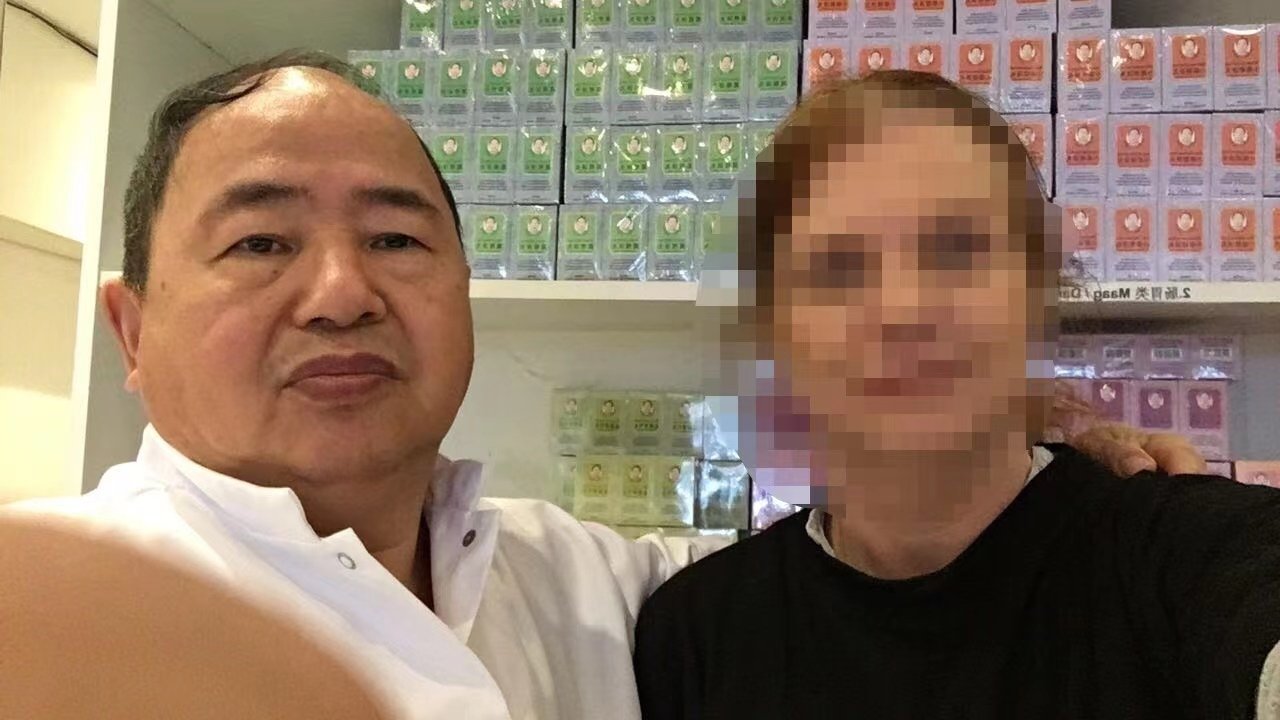 Western medicine said that she can live for 20 days at most. I can make her live 3 years or even 20 years longer. Western medicine asked her to undergo surgery and chemotherapy. The operation was successful, but the person was gone. I question whether the treatment concept of modern western medicine is scientific? Is it reasonable? And the only solution?

I met a patient 10 years ago. He was in his 30s. He was a university teacher. His name was Paul. He has advanced gastric cancer, the doctor said he could live for 1 month, but after two months of my treatment, he miraculously improved. In the past, he used a catheter to introduce some liquid food. Now he can eat in a big bowl. He used to have diarrhea 5 times a day, but now it is once a day. It's normal, and the quality of sleep has greatly improved. He asked me if he can make love? I said yes, but not too much, once a week, and he was planning to get married in the future.

Later, the hospital checked him. The doctor said that the cancer cells were still spreading. He advised him to do the operation as soon as possible while he was in good health. He couldn't stand the persuasion. For the sake of safety, he chose to take Chinese and Western medicine at the same time, but he died after the operation. I'm sad for it. 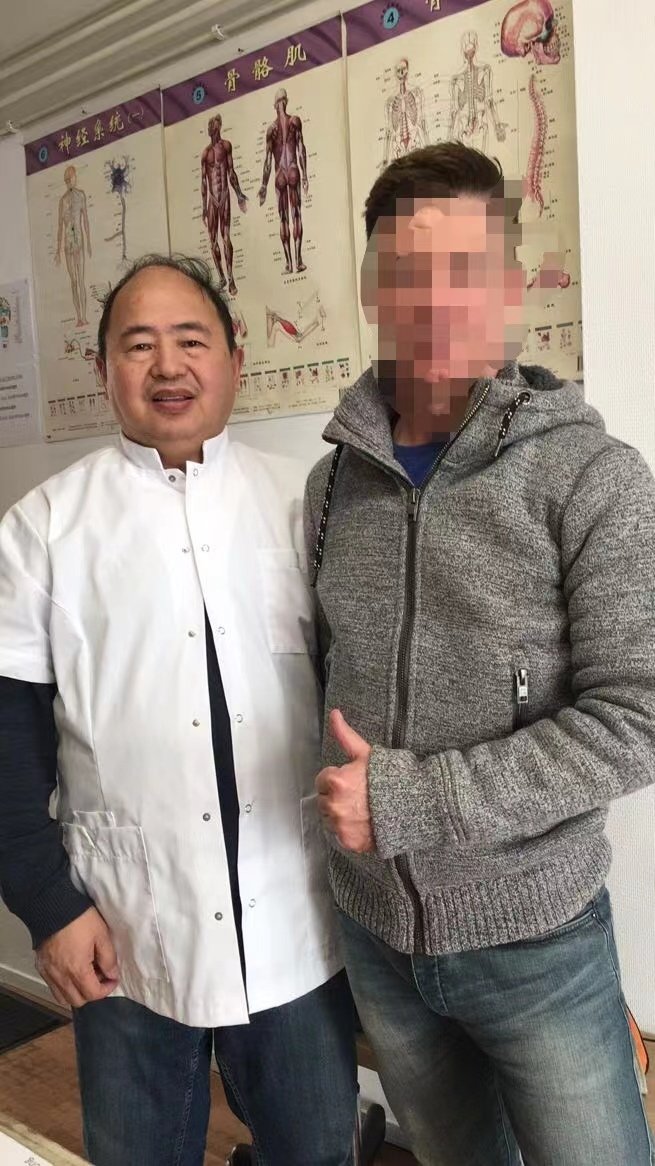 Clinical experience tells me that if a person with weak liver and kidneys and a non-straight back takes western medicine containing a lot of various chemical components, it will not only be indigestible, but also cause side effects. Don't Western doctors know about these common sense? People with healthy liver and kidneys and a straight back should not take western medicine for a long time neither. By treating cancer with chemotherapy and other chemicals, other new diseases keep appearing with endless problems. It continues to damage the liver and kidneys, and the bones shrink. In some cases, the thighs and hips are replaced, finally sit in a wheelchair until die early. In daily life, such examples are common. 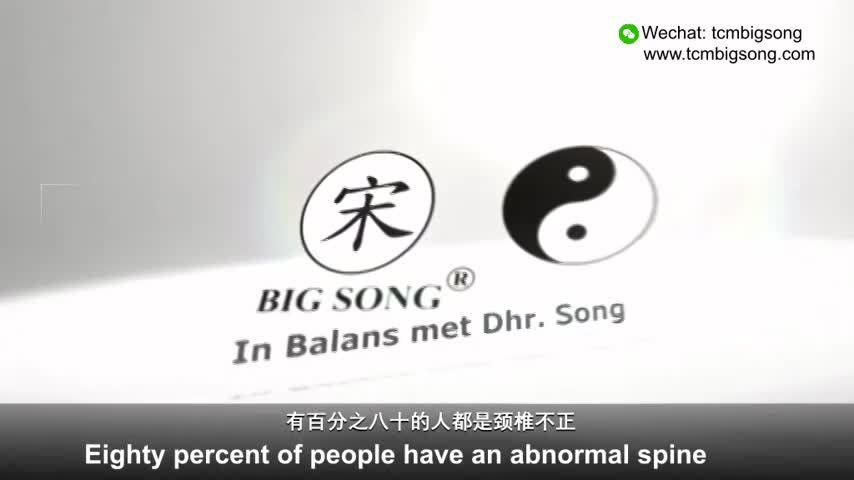 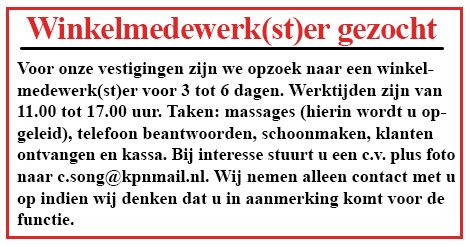 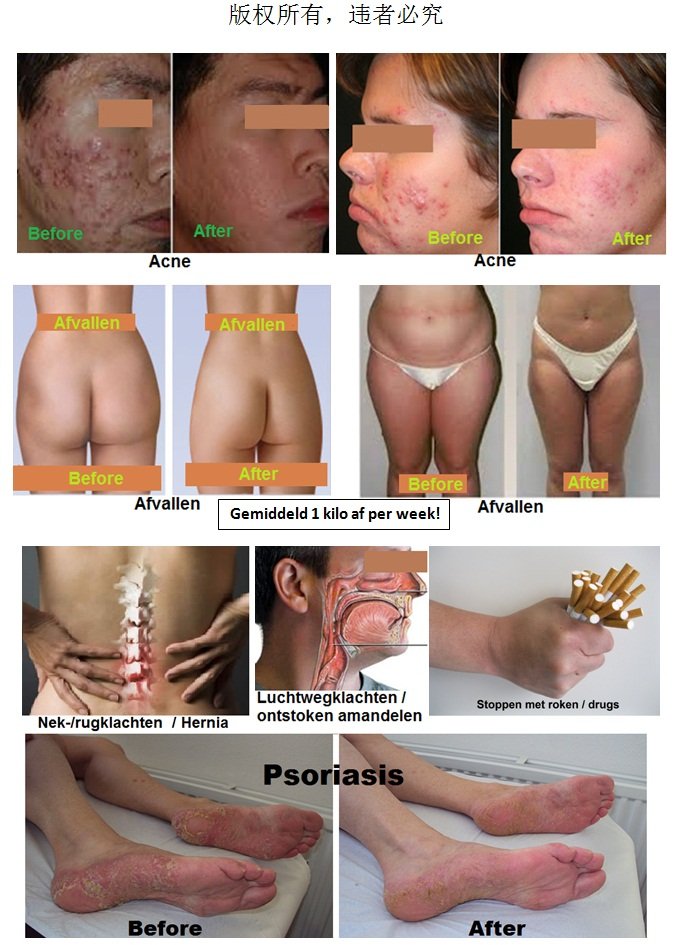 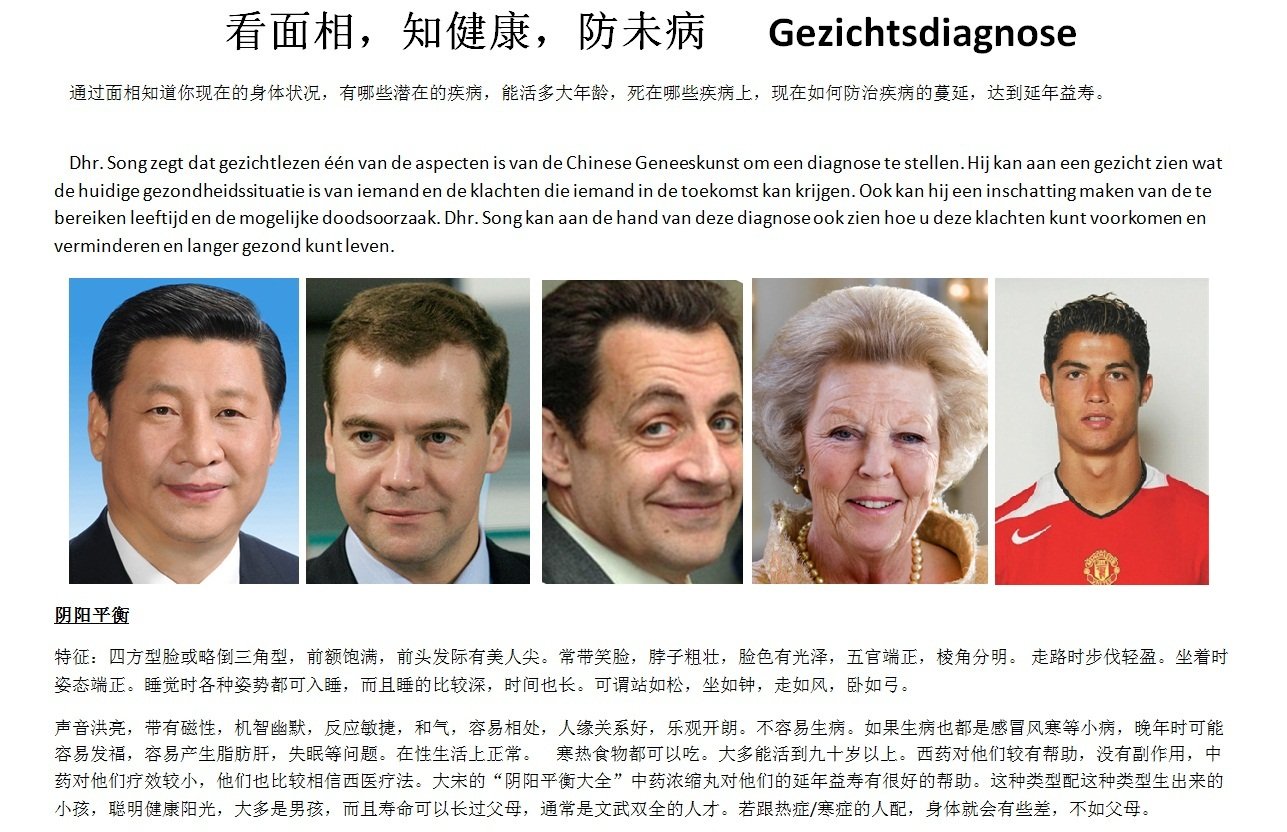 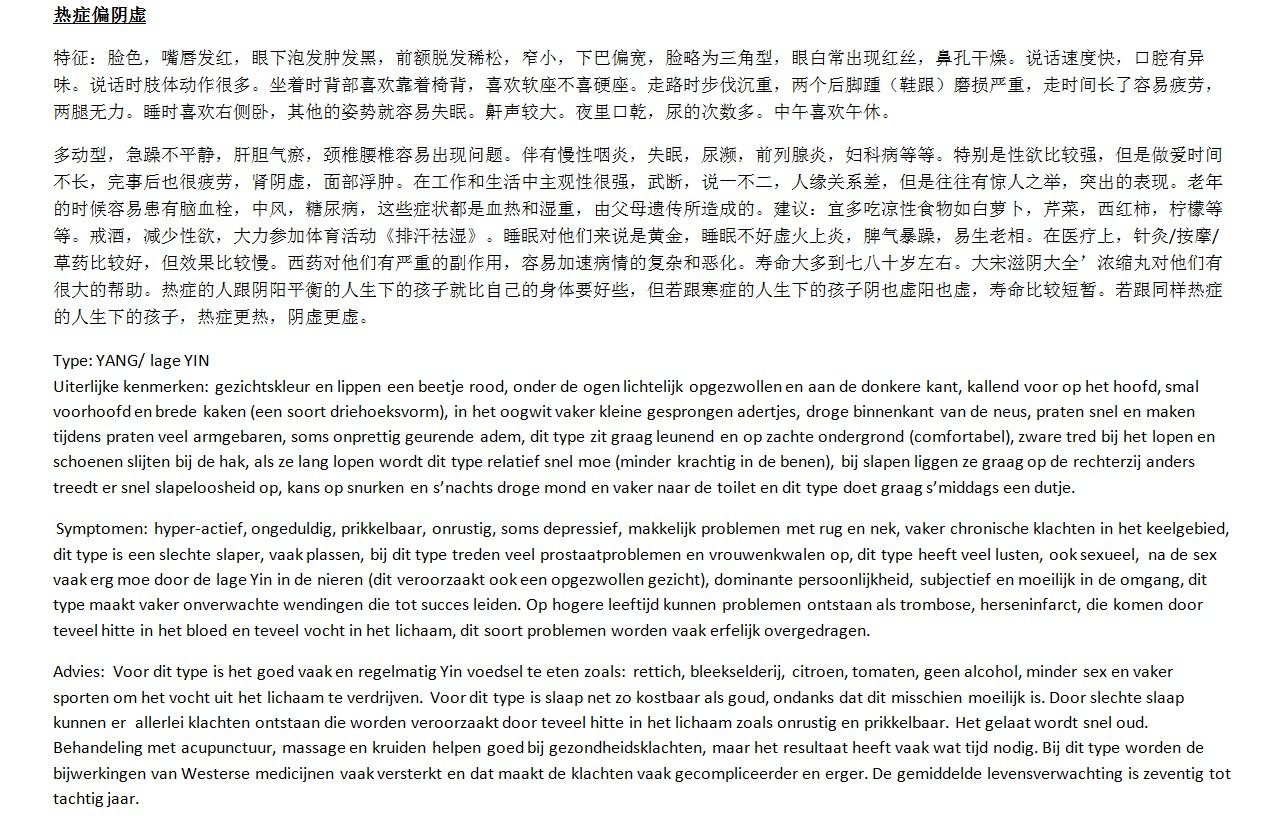 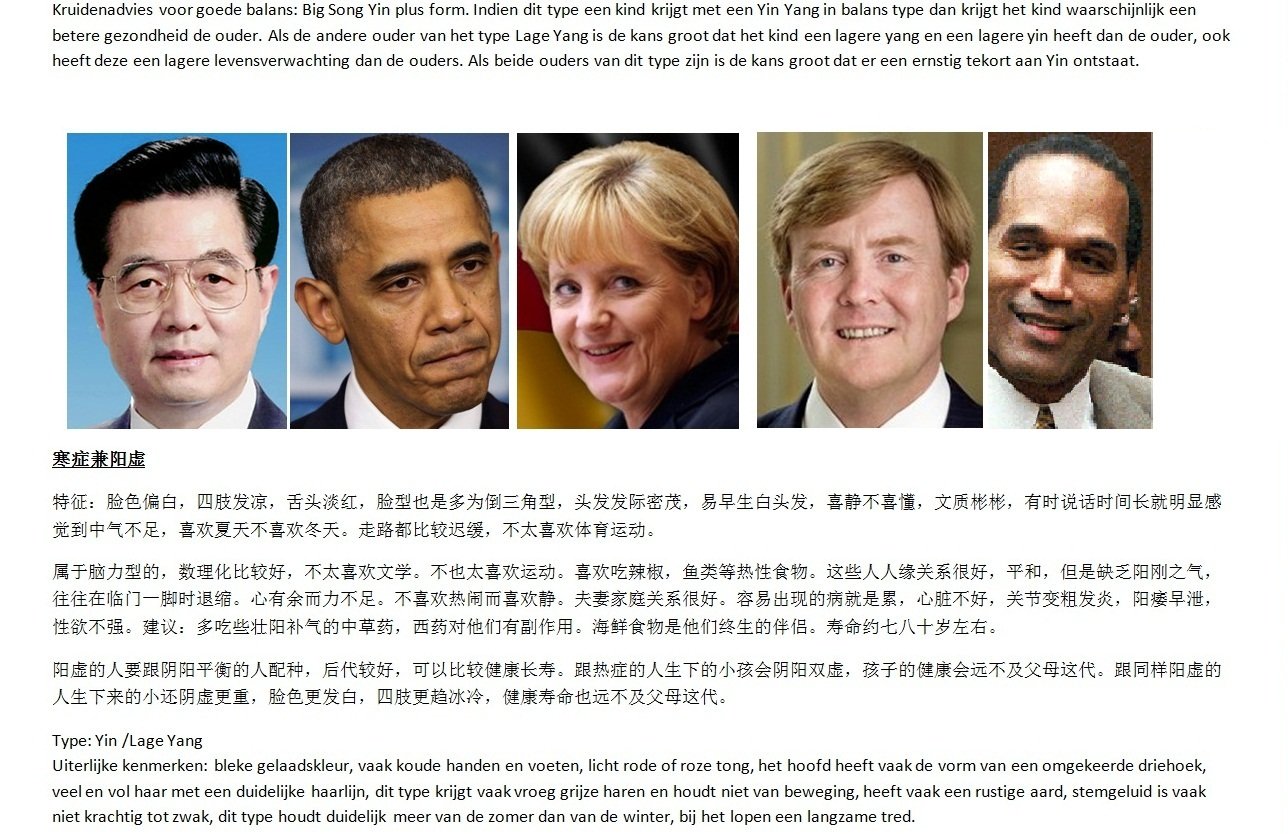 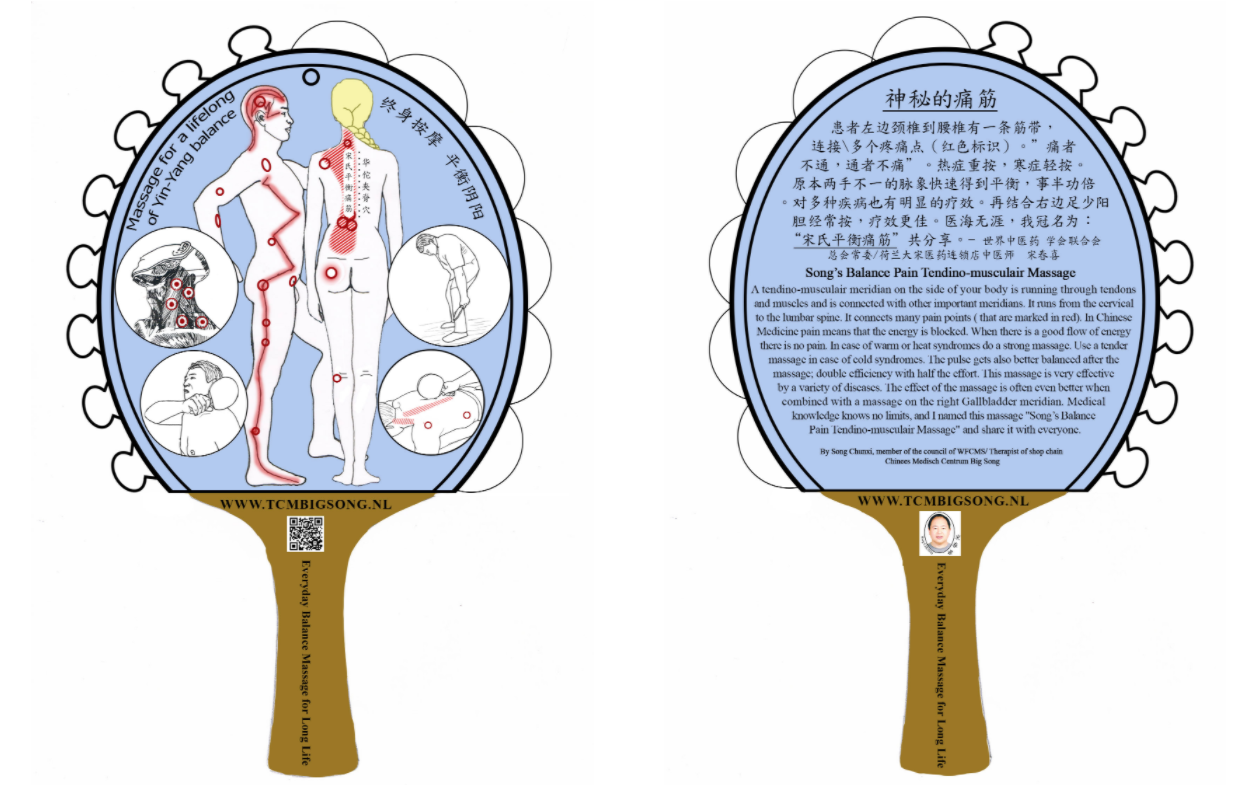 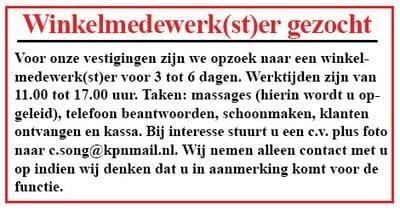 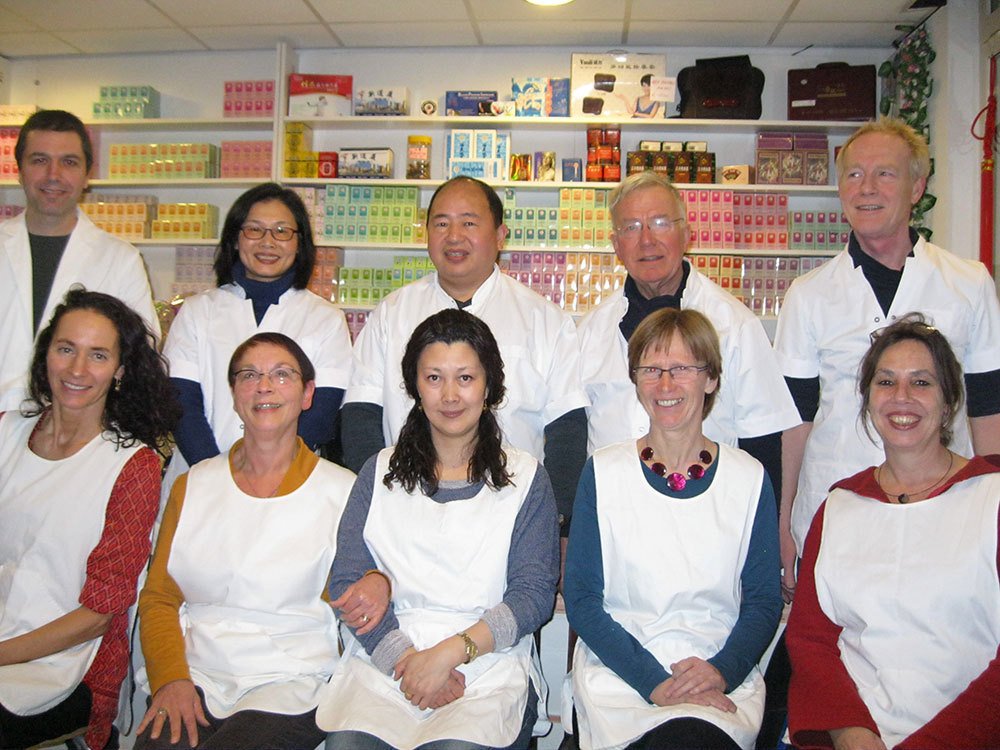 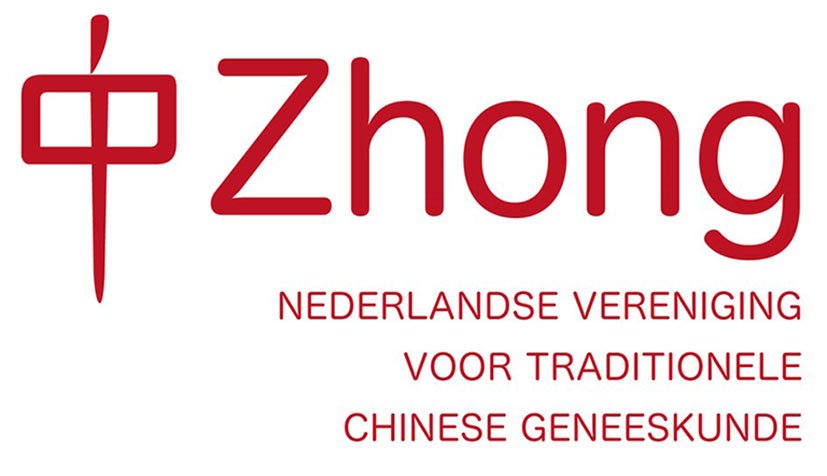